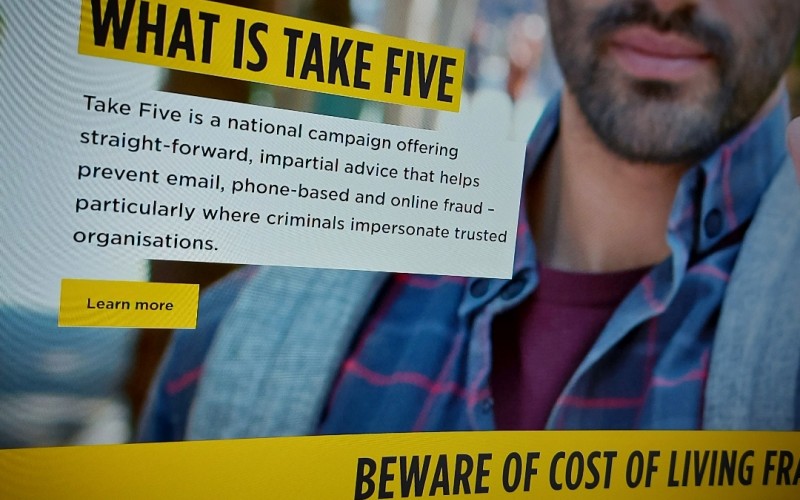 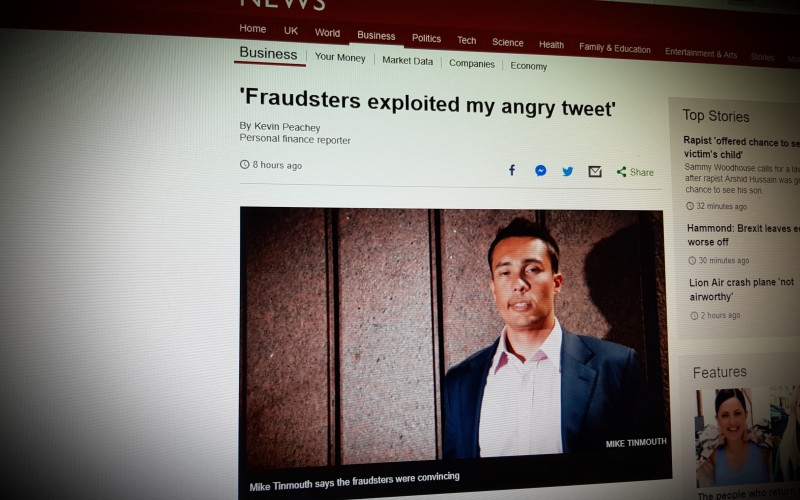 A bank customer was tricked into transferring money by fraudsters who pretended to be responding to his angry Twitter post about poor service.

Writer Mike Tinmouth was furious with the process and time taken to open a business account with Barclays.

He expressed his frustration in a public tweet - which was seized on by fraudsters who posed as the bank in an attempt to trick him out of £8,000.

Get Safe Online Video; Don't fall prey to the fraudsters

New TV ad by getsafeonline.org reminding people not to be tricked by fraudsters.