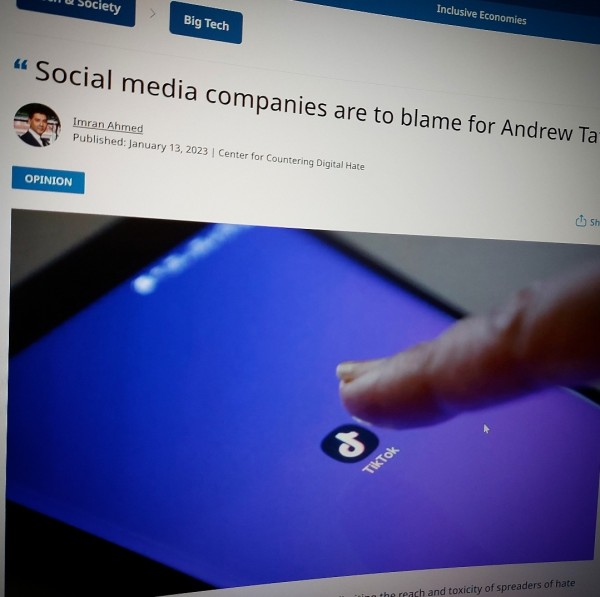 Social media companies are to blame for Andrew Tate

But assertions that Tate’s rise is a product of today’s young men and their views are wrong. In fact, Tate repeatedly failed to build a personal brand until TikTok gave him the means to saturate news feeds.

Archives of his website show that his business and his pitch to young men was the same four years ago as it is today. As far back as 2019, his website promised courses that would “have your girlfriend obey every command”.

So if Tate’s ambitions and pitch to young men have stayed the same, what changed? The answer lies in how Tate learned to game TikTok’s algorithm, allowing his content to flood millions of news feeds.