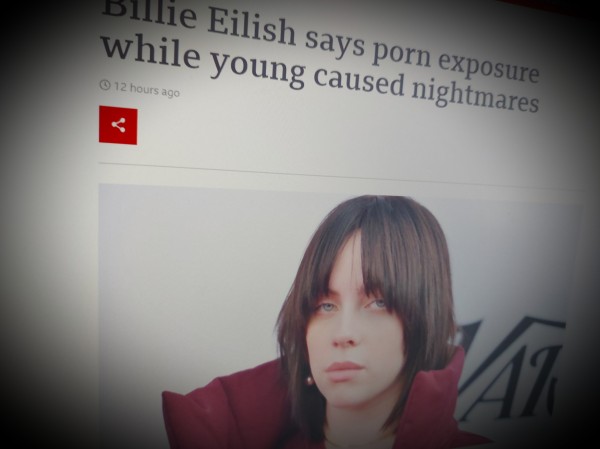 "I didn't understand why that was a bad thing - I thought it was how you learned how to have sex," Eilish said about watching, adding her mother was "horrified" when she told her.

"I was an advocate and I thought I was one of the guys and would talk about it and think I was really cool for not having a problem with it and not seeing why it was bad."

The singer-songwriter said she believed viewing the content while so young had "destroyed" her brain and caused her to suffer nightmares.